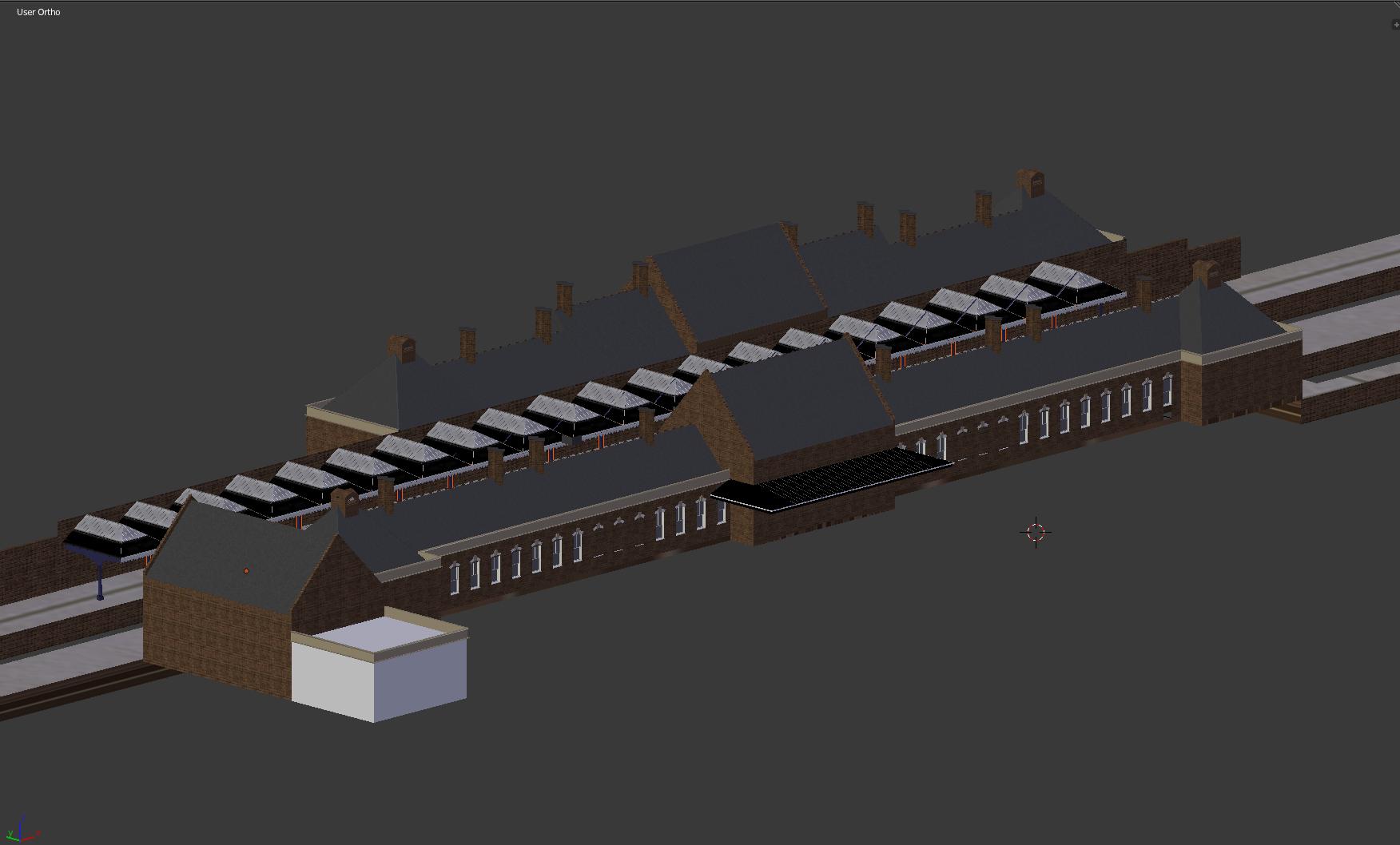 This is a render (in Blender) of the Newmarket Station Building. This version hasn’t quite made it into the game, yet, but it will!. Click on the photo to get a large view.

The following still needs to happen: [list] [*]The buildings have almost none of the windows they should have. The furthest set visible here are more or less ok, but the nearer set are in the wrong places (though otherwise right). There also should be WC (high) windows in both groups. The main building, the refreshment rooms and other places haven’t been done. [*]The brick texture is too yellow: the bricks used for this building is almost aggressively red! [*]The far range of buildings, on the North side, is depicted symmetrical, but it isn’t. The square building at the near end didn’t exist. [*]The Roof texture is wrong: it should be a standard tiled roof. [*]There are more finials and decorations to add on the main building, and “posts” in the wall with stone decoration on top. [list]

Hey ho… I’m getting there!