About the Cambridge Lines Project 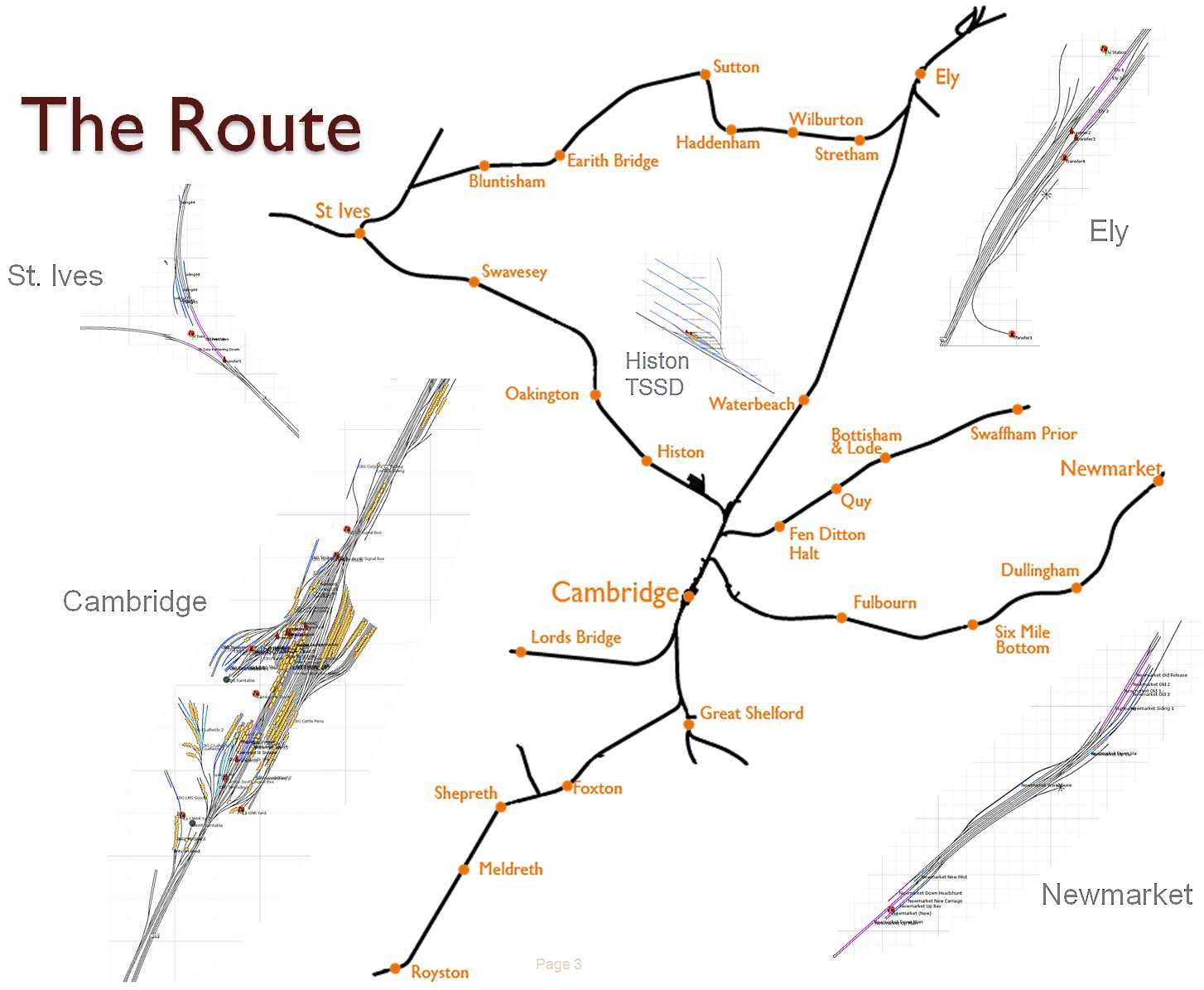 This project is a model of the railways around Cambridge using the computer simulator RailWorks and it is being created by Neil Cunningham and Ruth Ivimey-Cook.

What are we trying to Do?

Neil started route building in 2009 - based on core routes between Cambridge-St Ives-Ely, initial outliers to Royston and a branch to Newmarket (added when Ruth joined in Oct 2010).

The the user can drive trains around the system - either 'roaming' freely to explore, or via predefined scenarios (e.g. a pick-up goods from Cambridge to St Ives). We are setting scenarios in the early to mid 1950s - but with additional scenarios in 1960 showing the start of dieselisation (to allow diesel fans to join in).

We aspire to historical accuracy within the constraints of the game engine and available stock. We have researched the routes using a variety of sources - Middleton press, GERS, various specialist libraries (Swindon, York etc), Internet (incl East Anglian Rail Archives) - but are always looking for more information!

Railworks is a 'first person train simulator' allowing a player to drive a variety of locos and routes - both real and imaginary - across several countries and time periods. The simulation is customisable - users with suitable software (and skill) can add their own route, scenery items, rolling stock - and/or create scenarios using existing routes and items. As well as the player's train the route can be populated with 'AI' (artificial intelligence) trains to represent other traffic on the route. This adds both realism and an extra challenge.

All the main running lines are in place, coming to over 95 route miles (though not all tested!). Large chunks of scenery have also been put in place, though there is still more to do. In summary:

So far, the model has involved the creation of over 80 custom scenery items, and 80 custom station signs. We are aiming for a core release by Q4 2012, after which we can then add extra sections as necessary.